Pieris Project
So far we have received >2,000 butterflies from 30 US states and 32 different countries! The project is still ongoing, so if you catch a few, send them in!
We've now sequenced part of the genome of >600  of the butterflies sent in

Turning your samples into genetic data =) 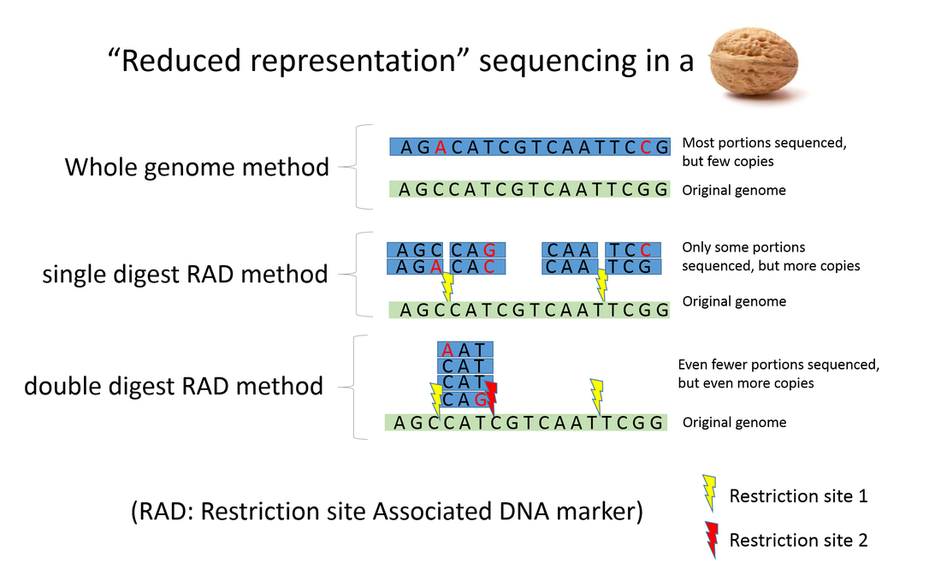 We used what is called a "double-digest RAD" method to prepare our DNA for sequencing. In a nutshell this method allows us to sequence a subset of the genome instead of the whole thing. Why sequence a subset and not the whole genome?  Well, many of the sequencing machines only sequence a set # of base pairs (A's, C's, G's, and T's). The Pieris rapae genome is made of about ~240 million base pairs! So if the machine produced 350 million base pairs, we might have a little more than one copy ("1X coverage") of the whole genome. Sounds good right? Unfortunately, these machines make mistakes, therefore we need multiple copies so we can tell what is a mistake (for example if we have 5 copies of a part of the genome, with 4 that read AGGTC at a given position, and 1 that reads AGGTA, we can identify the last bp as a mistake). How do we make sure we get multiple copies? Instead of sequencing very few copies of entire genome, we can sequence fewer portions of the genome, but get more copies of each portion. How do we do this?